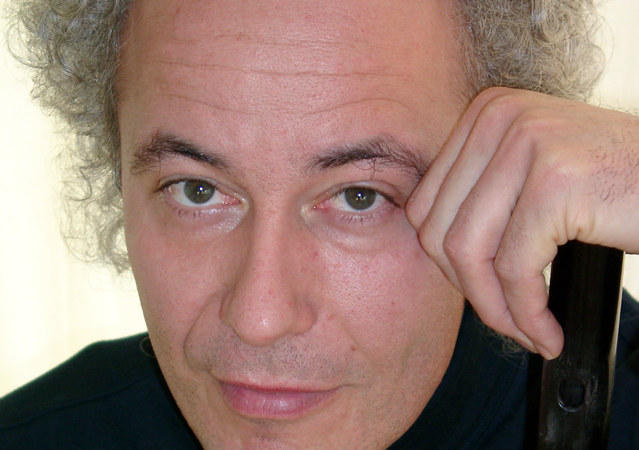 Professor at the Music University of Freiburg and international soloist

Felix Renggli was born in Basel/Switzerland and studied the flute with Gerhard Hildenbrand, Peter-Lukas Graf and Aurèle Nicolet. He gave up his chair as a solo flautist with the Symphony Orchestra of St. Gallen, to start a freelance career in the same position with several orchestras in Europe (Tonhalle Zürich, Festival Orchestra Lucerne, Gulbenkian Orchestra, Chamber Orchestra of Europe) and perform as soloist at several international festivals as in Paris, Bourges, Lucerne, Quito, Rio de Janeiro, Lockenhaus etc. Working and playing regularly together with oboist, composer and conductor Heinz Holliger has deeply marked his musical career.

Felix Renggli has been awarded prizes at various international music competitions. He has recorded for the radio in different countries and appears on a growing number of compact discs, with the Ensemble Contrechamps, Heinz Holliger, the Arditti-quartett, the pianist Jan Schultzs and others. (Philips, Koch International, Accord, Stradivarius, Discover)

His repertoire includes a wide range of music: from the 18th century, played on historical instruments (Nova Stravaganza/Köln), up to the avant garde of our time, having played first performances from many solo-and chamber-music works. (also with „Ensemble Contrechamps/Geneva). Since 1999 he is artistic director of the new released concert serie in Switzerland, „Swiss Chamber Concerts”.