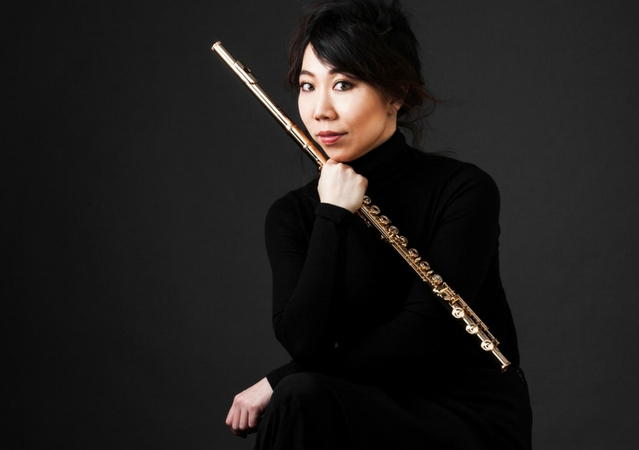 Praised as “A rare virtuoso of the Flute” by Libération, flutist Sooyun Kim has established herself as one of the rare flute soloists in the classical music scene.

Since her concerto debut with the Seoul Philharmonic Orchestra at age ten, she has enjoyed a flourishing career performing with orchestras around the world including the Bavarian Radio, Munich Philharmonic, Munich Chamber, and Boston Pops orchestras. She has been presented in recital series worldwide in Budapest’s Lizst Hall, Millennium Stage at Kennedy Center, Sibelius Academy in Helsinki and Kobe’s Bunka hall. Her European debut recital at the Louvre was streamed live on medici.tv which was immediately followed by a special invitation from the International Sejong Soloists for an encore recital in Seoul. This season’s highlights include orchestral appearances with Glacier Symphony, Kobe City Chamber, and Amadeus Festival orchestras performing concertos of Christopher Rouse, Mercadante, and Mozart. Also, as a member of Third Sound, she appears at the Havana Contemporary Music Festival in Cuba. A winner of the Georg Solti Foundation Career Grant, Ms. Kim has received numerous international awards and prizes including the third prize at the ARD International Flute Competition. An avid chamber musician, her summer appearances include the Music@Menlo, Spoleto USA, Yellow Barn, Rockport, Olympic, and Chamber Music Northwest festivals.