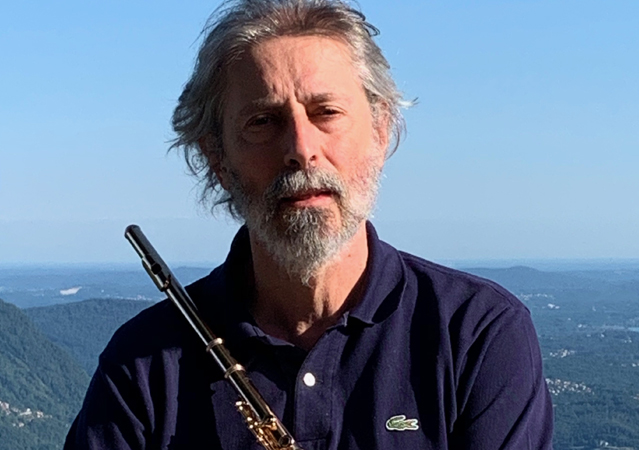 Raffaele Trevisani’s virtuosic technique and brilliant musical personality are consistently praised by the public and critics.

Raffaele Trevisani studied with Sir James Galway who regards him as “…one of the best flutist of the day for his beautiful singing tone, perfect technique and dedication to the art of music..”.

A graduated with excellent marks from Giuseppe Verdi Conservatory of Milan, he began his career as orchestral player with Orchestra of Teatro alla Scala under the direction of Claudio Abbado and Riccardo Muti and as a chamber musician with I Solisti Veneti conducted by Claudio Scimone.

He was the winner of the “Società dei Concerti” competition in Milano and he start his solo career performing solo concerts with “I Solisti Veneti” in Italy and abroad.

He has been invited to play and give master classes in Europe, Japan, USA, South Africa and in the most prestigious flute festivals around the world (Boston, Frankfurt, Detroit, Chicago, Rome, Las Vegas, Milano, New York). Raffaele Trevisani has performed and recorded world concerto premieres dedicated to him by composers Carlo Galante, Alberto Colla, Hendrik Hofmeyr and Ernani Aguiar. Maestro Trevisani recorded a number of Cds for Delos, Hanssler Classic, Stradivarius, AS Disc and Da Vinci Classics and he has been on the cover of four issues of the Italian national monthly music magazine “Amadeus” with the cd included.

Currently he is a flute professor at the Civica Scuola di Musica “Claudio Abbado” of Milan. 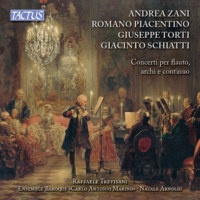