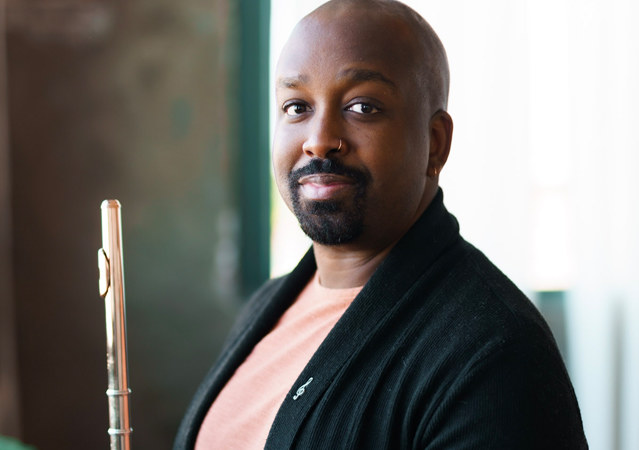 A devoted humanitarian and firm supporter of arts education, Adam Eccleston has worked extensively with many social change organizations such as, BRAVO Youth Orchestras, where he is the Program Director.  BRAVO is an El Sistema inspired music program based in Portland, Oregon that serves over 600 students. He is a faculty member with the Global Leaders Program that empowers arts change-makers to grow organizations that impact communities. Adam serves on the board of the Greater Portland Flute Society and is currently on the committee of the Umoja Flute Institute, which celebrate flutists of African descent and their contributions to music. www.ufinstitute.com

As a performer, Adam has appeared with orchestras such as the Oregon Symphony. At 19 years old, he made his solo debut in New York performing Borne Carmen Fantasy for Flute and Orchestra.  Adam has been awarded top prizes in competitions, one of which is the New York Flute Club Competition and most recently, First Prize in the Golden Classical Music Award International Competition for which he was featured at Carnegie Hall; and second prize in the Marker and Pioneer International Music Competition. Currently, he is the Artist in Residence for All Classical Portland Radio Station and sits as Chair of the Recording Inclusivity Initiative focusing on music of underrepresented composers. As a firm supporter of new music, he has premiered works by Robert Beaser, Anthony Green and made the Pacific Northwest premiere of works by Valerie Coleman and Julio Racine.