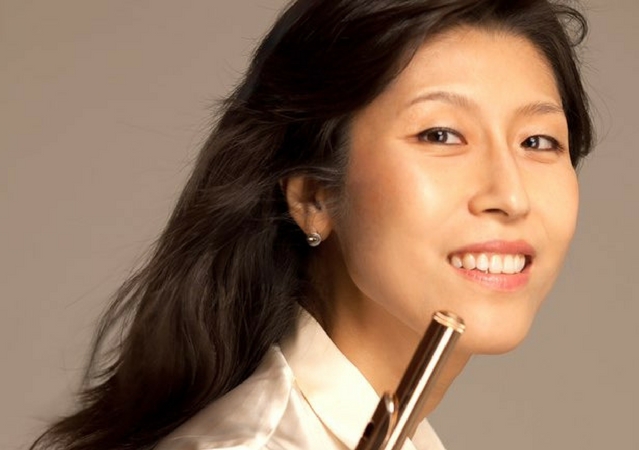 Professor of Flute at the Seoul National University

Some of world’s most prestigious venues such as concert with Jean-Pierre Rampal and Julius Baker at Carnegie Hall as a teenager and since then has presented as soloists with Philadelphia Orchestra, St.Petersburg Orchestra, Swiss Romande Orchestra, Winterthur Orchestra, NHK Symphony Orchestra,Shanghai Opera Orchestra, Orquesta Sinfonica de Tenerife.

The recipient of numerous awards, Hyeri Yoon was laureate at the Olga Koussevitzky, the New York Flute Club Competition.

Ms.Yoon has studied at The Curtis Institute of Music with Juilus Baker and Jaffrey Khaner ,Basel Musik Akademie under Peter-Lukas Graf,at the Manhattan School of Music with Jeanne Baxtresser and the Conservatoire Nationale Superieur de Paris with Alain Marion.

Ms.Yoon has been a principal flute of the Orquesta Sinfonica de Tenerife in Spain and the New World Symphony in Miami. She is the founder member of the Prefailles Music Festival and Academy in France and a faculty Member at the Alp Music Festival in France.

She has CD recordings “Elegia” by Samsung Classic and “Poulenc” by Sony Classic Korea.

Currently, she is a professor of the Seoul National University in Korea.