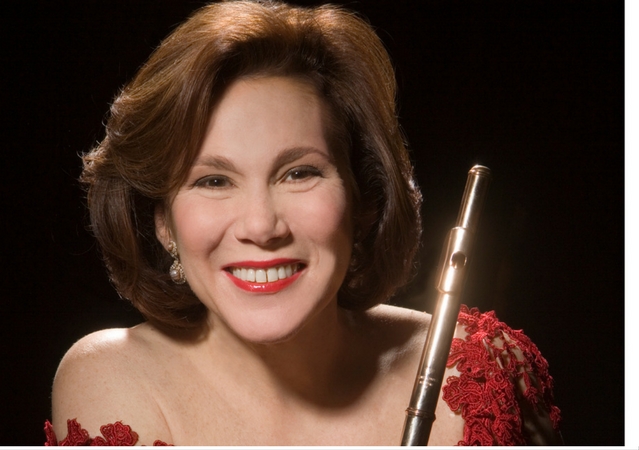 Katherine Kemler is the Charles and Mary Barré Alumni Professor of Flute at Louisiana State University, flutist with the Timm Wind Quintet, and a regular visiting teacher at the Oxford Flute Summer School in England.

A graduate of Oberlin, she received her M. Mus. and D.M.A. degrees from S.U.N.Y. at Stony Brook. Her major teachers include Samuel Baron, Robert Willoughby, and Mark Thomas. She has also studied in masterclasses with Marcel Moyse, Jean-Pierre Rampal, Julius Baker, William Bennett, Andras Adorjan, and Michel Debost.

In 2008, she performed recitals in Sydney, Adelaide, and Melbourne, Australia and taught masterclasses at the Sydney Conservatorium of Music, the Elder Conservatorium of Music in Adelaide, the Academy of Music in Perth and the University of Western Australia. In 2006, she was a guest artist at the Slovenian Flute Festival and during the summer of 2007 she performed and taught at the Festiv’Academies in France.

She has performed at eleven National Flute Association conventions in Denver, New Orleans, Washington, D.C., Boston, Orlando, Chicago, Atlanta, Pittsburgh, Kansas City and New York City. She was featured on the cover of Flute Talk Magazine in December of 2006 and also on the cover of the Flutist Quarterly, the official magazine of the NFA, in 2003.

In the orchestral setting, Dr. Kemler has been a member of the Oxford Orchestra in the UK, the Colorado Music Theater Festival Orchestra, and the Central City Opera Orchestra, also in Colorado. As a member of the Tanglewood Fellowship Orchestra she performed under the batons of many renowned conductors, including Seiji Ozawa, Leonard Bernstein, and Colin Davis.

Dr. Kemler has appeared as soloist with the British Chamber Orchestra in London’s Queen Elizabeth Hall, and with the Orchestra Medicea Laurenziana throughout Italy, including Florence, Naples, and Salerno. She has toured extensively as a soloist, with the Kemler/Benjamin flute/harp duo, and with the Timm Wind Quintet.

She has appeared in China, England, Poland, Slovenia, Switzerland, Canada, Italy, France, Australia, and throughout the United States, and made solo broadcasts on BBC Radio 3 and National Public Radio. She has recorded four CDs with Centaur Records, Inc., Virtuoso American Flute Works, Sky Loom, for flute and harp, Sonatina with LSU pianist Michael Gurt., and a CD of contemporary works entitled Lipstick which was released in March of 2008. She has also recorded on the Orion and Opus One Labels.