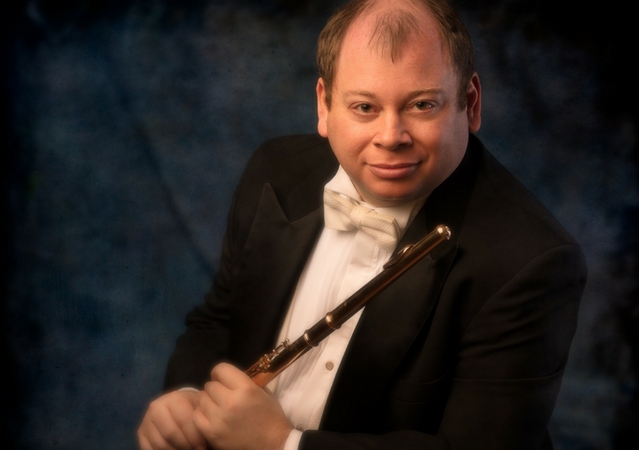 Michael Gordon joined the Kansas City Symphony as principal flute in 2007. Since that time, he has worked actively throughout the region to promote the value of music in the community. In particular, he has collaborated with Arts in Prison to produce a series of chamber music concerts for inmates at Lansing prison. In 2017 he was recognized for this work with the League of American Orchestras Ford Award. He also serves as a board member for the Northeast Community Center which operates a tuition-free music education program for underprivileged children called Harmony Project KC. In addition, he is an active teacher and performer having given numerous masterclasses and recitals in Kansas City and elsewhere around Missouri and nearby Kansas. In 2017 to 2018 Michael also serves as interim flute instructor at the University of Kansas.

Before moving to Kansas City, Michael was a member of the New World Symphony where he also performed as a soloist in 2007. He has performed with several orchestras across the United States including the St. Louis Symphony, the Minnesota Orchestra, and the Oregon Symphony. He has performed as both an orchestral and chamber musician at numerous festivals including Tanglewood, the Aspen Music Festival, Arizona Music Fest, and most recently with Kansas City’s own Summerfest.

Michael is a native of Glocester, Rhode Island, and spent his formative years studying flute with Marianne Gedigian (current professor of flute at the University of Texas, Austin), and playing in youth orchestra and chamber music at the New England Conservatory. In 2004, he earned both his bachelor’s and master’s degrees from Rice University where he studied with Leone Buyse.