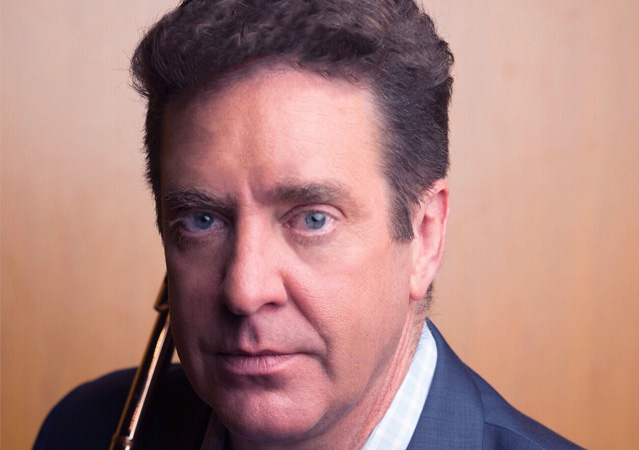 Principal flute at the Montclair Orchestra

Renowned for his colorful and singing tone, flutist Robert Cart has toured England, Germany, Switzerland, Austria, Italy, and China, including performances in London, New York City, Mexico City, Philadelphia, Washington, DC, Los Angeles, Sorrento, and Shanghai. He has worked with such notable conductors as Leonard Bernstein, Raymond Leppard, and David Zinman, and has performed at international festivals, including Tanglewood, Wolf Trap, the Ravello Festival in Italy, and the Aldeburgh Festival in England.

Cart made his debut at the age of 16 performing Mozart’s Concerto in D in Indianapolis, Indiana. Since then, he has performed as soloist at Lincoln Center’s Alice Tully Hall, Merkin Concert Hall, Carnegie Hall, Weill Hall, the Whitehouse, the Dorothy Chandler Pavilion, Mexican Cultural Institute, and the Philips Collection (Washington, D.C.). His chamber music performances have included appearances with the Julius, Coolidge, Heimat, and Envoy String quartets, and he is the founding flutist of the Montclair Wind Quintet and the Cali Chamber Ensemble. As an advocate for new music, he has premiered new works by Jennifer Higdon, Gary Schocker (with the composer at the piano at Weill Hall), and Roger Hudson.

As an orchestral musician, he has served as principal flutist of the Montclair Orchestra, Terre Haute Symphony, Washington Philharmonic, and the Georgetown Symphony, and as piccoloist with the Grammy-nominated Landsdowne Symphony,

Cart is professor of flute at Montclair State University’s John J. Cali School of Music, where he maintains a studio of undergraduate and graduate flutists. He presents clinics and master classes worldwide.

Robert is a Powell Artist