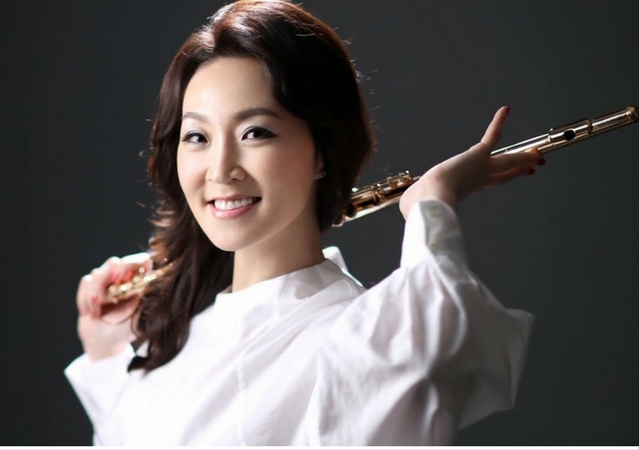 As one of the leading flutist in Korea, Shin-Jung Oh pursues her own musical world of flute with unique, bright and colorful tones. Over the years she has been providing outstanding performances through her orchestral and ensemble works.

She has appeared as a soloist in various concerts including the New York Barge Music festival, the New York Radio concert, KBS orchestra, Korean symphony, Daejeon Municipal orchestra, Daegu Municipal Orchestra, MSM symphony, New Seoul Philharmonic, Academy orchestra, SNU orchestra, Daejeon Chamber, Police orchestra and Seoul Flute orchestra.
Especially, she received great comments from critics by having joint concerts with many orchestra including KBS orchestra and KBS traditional orchestra for her sophisticated stage manners and unique interpretations of music.
She is also active in overseas including the Carnegie Weil Hall concerts, Merkin Hall concerts and other musical occasions in US and Europe. Through the concerts, she provided an outstanding performance to the audience with harmonized and excellent music in the strength and softness.

Currently, she is preparing a CD with the famous flutist and esteemed conductor, Mr. Ransom Wilson who was also her teacher. She has also been appointed by Powell Flutes as a Powell artist.