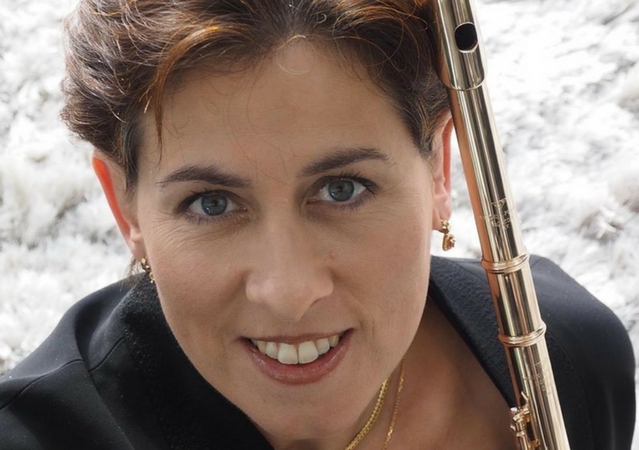 Born in Tours, Sandrine initially studied flute with Isabelle Ory before enrolling at the Conservatoire National Supérieur de Musique in Paris aged 17, from where she graduated with the « premier prix à l’unanimité » in both flute (with Pierre Yves Artaud) and chamber music (with Christian Lardé and David Walter). Her other mentors include Patrick Gallois, Michel Moraguès, Aurèle Nicolet and Andréas Adorjan, as well as the baroque specialist Philippe Allain-Dupré.

Sandrine is also an active solo recitalist and chamber musician, performing through Europe, Asia and South America. Since 1993 she has performed regularly with the pianist Anne Le Bozec, with whom she has won many international prizes, appeared at prestigious festivals, broadcast for radio stations including France Musique, Mezzo and Sudwest Rundfunk and garnered much critical acclaim. They have also enjoyed many chamber music collaborations with celebrated artists including the cellists Alain Meunier and Emmanuelle Bertrand, and the singers Sarah Breton and Didier Henry.
Other chamber music partners include the harpist Sandrine Chatron, the marimba player Jean-Sebastien Borsarelo and the Sendrez Quartet (formerly Kairos Quartet) with whom she recorded a piece by Nicolas Bacri for their début album « horizons d’aujourd’hui » (Today’s Horizons) on the Triton label. Sandrine’s broad repertoire stretches from baroque to contemporary music, and she has given world premières of works by Thierry Huillet, Patrik Burgana and Susumu Yoshida amongst others.