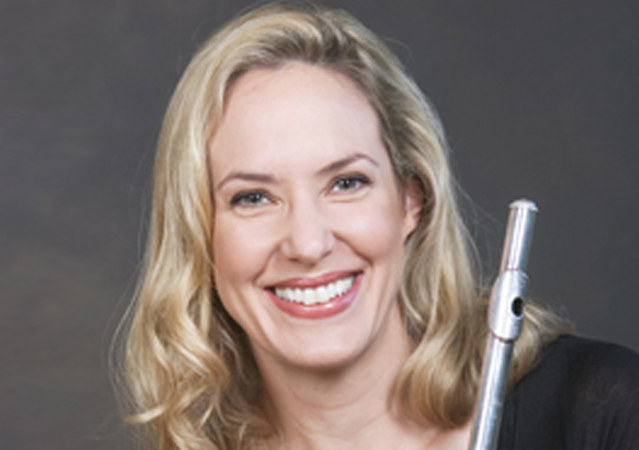 “The kind of performance that sparks wild standing ovations. Definitive” says the American Record Guide of flutist Linda Chatterton. Ms. Chatterton has performed in New York at Carnegie and Alice Tully halls, was a featured recitalist on the prestigious Dame Myra Hess series in Chicago, and has been heard throughout the US many times on National Public Radio’s Performance Today. Ms. Chatterton has performed with numerous groups including the Minnesota Orchestra, and she tours regularly as a duo performer with harp, guitar and piano. As a concerto soloist, highlights include many performances of traditional and contemporary repertoire in the US and Europe. She has served as a US Arts Ambassador overseas and is a regular performer and lecturer at the National Flute Association’s and British Flute Society’s conferences.

Ms. Chatterton has commissioned, recorded and premiered dozens of new works, including music by Edie Hill, Lu Pei, Abbie Betinis, David Kechley, Wendy Wan-Ki Lee, Ailis Ni Riain, Takuma Itoh, Brian Ciach and Roberto Sierra. Highlights of the 2017-18 season are a concert tour of Thailand and China and a concert on the Havana Contemporary Music Festival in Cuba with guitarist Maja Radovanlija and the premiere of Chen Yi’s flute and pipa concerto with the Hawaii Symphony Orchestra.

Recent projects included a concert tour in Hong Kong and Taiwan with harpist Rachel Brandwein, a concerto performance with the State Hermitage Chamber Orchestra in Moscow, Russia, with a master class at the Moscow Conservatory, concerts and master classes in the UAE, Spain, Romania, a concert tour of Australia with pianist Matthew McCright, and many concerts throughout the US. Her recent London concert at the famous St. Martin-in-the-Fields concert series with McCright garnered the review: “Throughout the concert Chatterton displayed lovely tone and a fine sense of line, with technical prowess which was always understated, resulting in some involving and intelligent performances.”

She is a two-time recipient and the only flute soloist to win a McKnight Artist Fellowship for Performing Musicians, and she has received many prizes and awards from the Jerome Foundation, the Minnesota State Arts Board and the American Composers Forum.

In addition to her concert schedule, Ms. Chatterton is highly regarded for her insightful master classes, and she has served as a mentor to music students at the University of Minnesota’s College of Liberal Arts. In a related realm, Ms. Chatterton often can be heard giving her “It Sounded Better at Home!” workshop series based on her extensive work on the psychology of optimum performance. “It Sounded Better at Home!” will soon be released as a book

Ms. Chatterton is a Powell Flute Artist and plays a custom made platinum Powell flute. 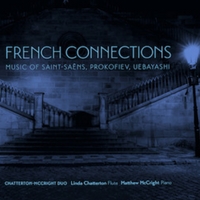 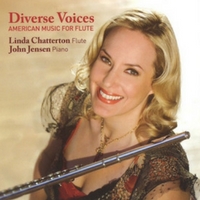 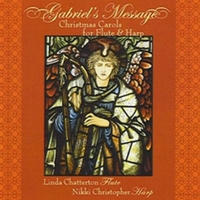 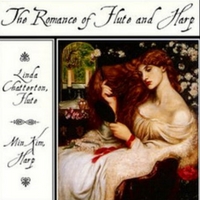