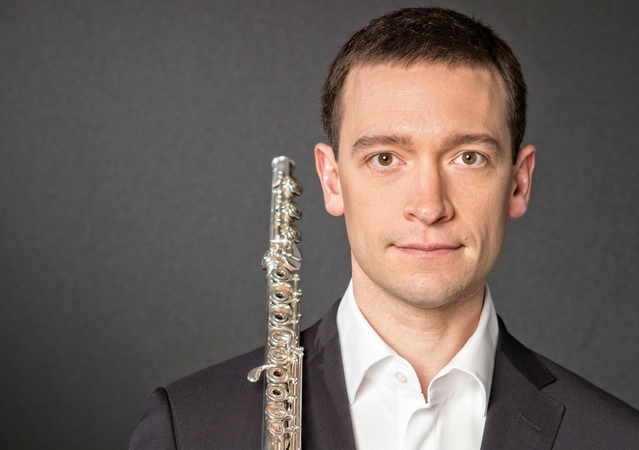 During the summer months, Buck has appeared at the Great Lakes Chamber Music Festival, Oregon Bach Festival, Colorado Music Festival, Tanglewood, Kent/Blossom, Spoleto Festival del Due Monde and the Pacific Music Festival. An avid chamber musician, he has collaborated with members of the Guarneri and Emerson String Quartets, the LA Phil New Music Group and the Detroit Chamber Winds & Strings.
A native of Philadelphia, David Buck began playing the flute at the age of nine. After initial studies with David Cramer, he went on to graduate from The Juilliard School, where he earned his Bachelor of Music and Graduate Diploma as a student of Robert Langevin and Jeffrey Khaner. He lives in Dallas, Texas with his wife, flutist Jung-Wan Kang.